During their presentation, speakers noted an increase in aggressive information operations via the Russian Federation in an effort to influence the internal politics of Eastern European countries. The group also discussed increased tension in the Black Sea, resulting in the illegal annexation of Ukrainian #Crimea.

Mr. ANATOLII PINCHUK, Head of Board of the EESI, President of the All-Ukrainian NGO “Ukrainian Strategy”, Head of the Ukrainian Center for External Economic Relations

Mr. OLEKSII GRIDIN, Adviser to the Secretary of the National Security and Defense Counci, Chairman of Volunteer Council of the, Ministry of Defense of Ukraine, Founder and Board Member UkrainianSecurity Studies Institute

Mr.  MYKHAILO GONCHAR, Member of Board, EESI, Head of the Centre for  Global Studies “Strategy XXI”, Editor-in-Chief of the “Black Sea Security” journal

Mr. ANDRII RYZHENKO, Chairman of the Supervisory Board, NGO "Ukrainian Institute of Maritime Law and Security" 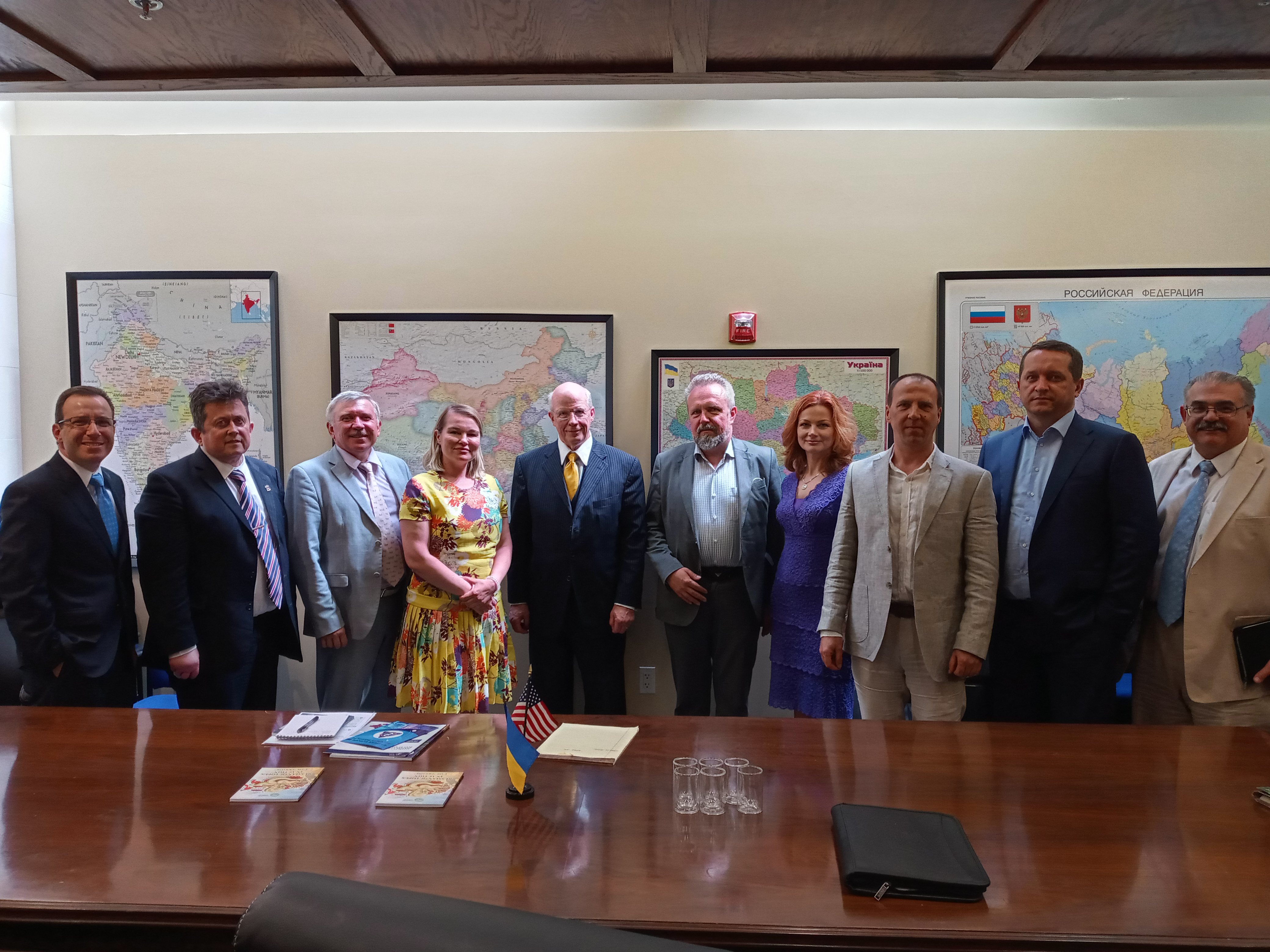