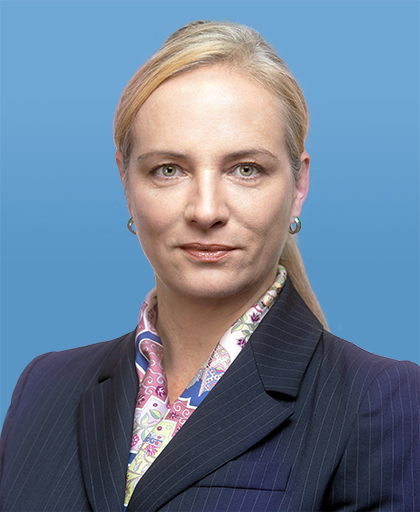 Christine Balling joined the American Foreign Policy Council as Senior Fellow for Latin American Affairs in May 2015. In 2009, Ms. Balling founded Fundación ECCO, a Colombian-registered nonprofit organization that promoted democracy and youth leadership in areas of conflict. From 2013 to 2014, Ms. Balling served as a Subject Matter Expert to the commander of U.S. Special Operations Command-South (SOCSOUTH) and partnered with U.S. Army Civil Affairs teams in Colombia. In 2016 and 2017, Ms. Balling organized and led two solo expeditions to Iraqi Kurdistan to deliver humanitarian aid and embed with a company of female Yazidi peshmerga soldiers who survived the 2014 genocide by ISIS.

Ms. Balling has published articles in Foreign Affairs, The National Interest, the Small Wars Journal, The Journal of International Security Affairs, and The Hill. She has lectured at the Escuela Superior de Guerra in Bogotá, the National Defense University’s William J. Perry Center, the Institute of World Politics and Harvard University’s Summer School. In 2020, she received the Phillips Academy Andover Alumni Award of Distinction for her work in Colombia and Iraq.

Ms. Balling received her B.A. in English Literature at Barnard College, Columbia University and earned an Executive M.A. in National Security Affairs at the Institute of World Politics. She serves as a member of the Board of Trustees of the Universidad El Bosque in Bogotá, Colombia.