For four decades, the American Foreign Policy Council (AFPC) has played an essential role in the U.S. foreign policy debate. Founded in 1982, AFPC is a 501(c)(3) non-profit organization dedicated to bringing information to those who make or influence the foreign policy of the United States.

AFPC is widely recognized as a source of timely, insightful analysis on issues of foreign policy, and works closely with members of Congress, the Executive Branch and the policymaking community. It is staffed by noted specialists in foreign and defense policy, and serves as a valuable resource to officials in the highest levels of government.

AFPC only accepts donations from American citizens and U.S. entities

The American Foreign Policy Council seeks to advance the security and prosperity of the United States by:

A message from Herman Pirchner, Jr. 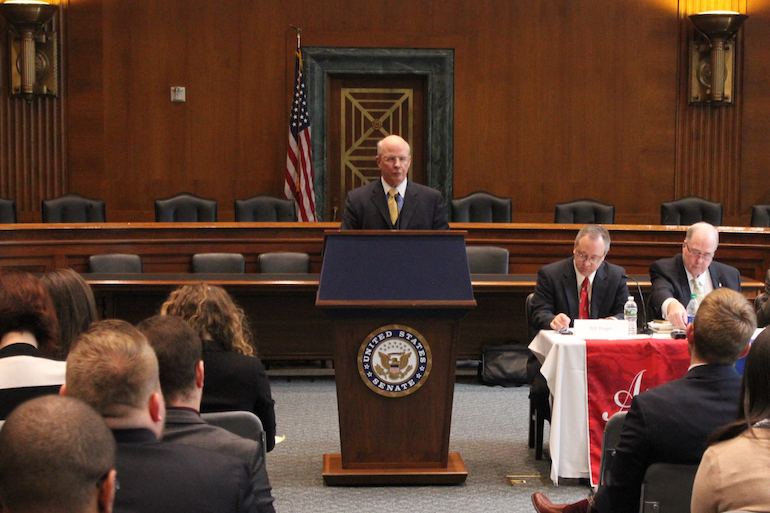 Many of the horrors witnessed in the 20th century stemmed from ignorance and faulty statecraft. Poor information and fear of the unknown often led political leaders to make catastrophic decisions, causing tens of millions to suffer as a result. Today, however, better information and communications technology make it possible for non-governmental organizations to fill the knowledge gap by gathering independent information about nations across the globe. In turn, greater knowledge helps to formulate better policy.

Since its founding in 1982, the American Foreign Policy Council (AFPC) has dedicated itself to this mission and sought to secure our nation and promote U.S. interests through our relationships with members of Congress, the Executive branch, and America's policymaking community.

This website highlights the activities that have earned AFPC its reputation as a source of insightful analysis and constructive foreign policy options.