"'This [ZMEELOK-3M, an articulated robot snake] is a prototype, but we are seeing that the Russian military is not only thinking creatively about technologies that can assist its war fighters — it also is following in the footsteps of other advanced militaries like the Israeli army that has built a similar snake robot earlier,' said Samuel Bendett, fellow for Russia studies at the American Foreign Policy Council and an adviser at the Center for Naval Analyses."

Read the full story in C4ISRNet. 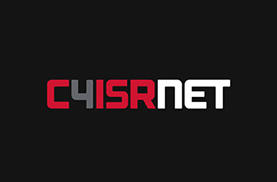