Today’s hyper-partisan environment makes every policy issue a political football, but America’s approach to Iran shouldn’t be a game. The core fundamentals of a sound Iran policy are neither “left-wing” or “right-wing.” This is as true today as it was prior to the inception of the Joint Comprehensive Plan of Action (JCPOA) more than half-a-decade ago.

Simply put, an effective Iran policy is one that stems from a core truth: that U.S. national security interests and the human-rights interests of the Iranian people are aligned against a common adversary, the Iranian regime itself. Here, at least three guideposts can help Washington see the Islamic Republic of Iran in a proper strategic and political context.

In May of 2018, in a public address at the Heritage Foundation, then-Secretary of State Mike Pompeo famously presented twelve preconditions for any future normalization of relations between Washington and Tehran. That list—encompassing things like greater nuclear transparency from Tehran, an end to Iran’s ballistic missile development and proliferation, a cessation of Iranian support for militant groups, and a release of all U.S. and allied detainees—would go on to guide the Trump administration’s “maximum pressure” policy toward Iran. Missing from Pompeo’s articulated demands, however, was a crucial thirteenth point: the insistence that international and domestic human rights be respected by the regime in Tehran.

The Biden administration, however, has reversed course. Since taking office in January, it has abandoned the “maximum pressure” policy of the Trump era in favor of a push for new negotiations—and likely a new deal—with the Iranian regime. As part of that shift, the new White House (much like the Obama administration in its day) has turned its attention from the Iranian people to the Iranian regime and has stopped engaging with the former. Activists both inside and outside Iran are now deeply worried that the new administration’s efforts will embolden the Iranian regime to further intensify its domestic repression.

This shift in priorities is deeply flawed. It puts the United States in danger of abdicating significant leverage (in the form of comprehensive human rights-related sanctions) over the behavior of the Iranian regime. More significantly, by not focusing on human rights, the United States risks giving up the moral high ground in its strategic communication and competition with the Islamic Republic.

As has been extensively reported and documented, the Iranian regime ranks as one of the worst violators of human rights, routinely beating, jailing and subjugating women who do not subscribe to strict Islamic dress or advocate for equality under the eyes of the law; killing children for minor offenses; hanging gays and other members of the LGTBQ+ community; killing peaceful protestors mercilessly for demanding their voices be heard; and refusing to recognize even the most basic of rights for the country’s numerous religious and ethnic minorities. A balanced American approach to Iran must, by necessity, acknowledge and address this brutal reality.

Simply put, one cannot claim to be “progressive” in political ideology while simultaneously turning a blind eye to the egregious human-rights abuses and clear religious apartheid taking place in Iran. As a consequence, U.S. policy should also include as a core demand that the Iranian government respect the basic human rights of every Iranian man, woman and child and allow full freedom of religion, expression, and speech, and complete equality for all under the law.

A Clear View of the Opposition

A corollary to this first point is that the Iranian opposition matters a great deal because the people of Iran are largely pro-Western and subjugated by an anti-American regime, U.S. national security interests and the interests of the Iranian people converge in important ways. Yet navigating the various groups, factions and interests that make up the Iranian opposition is a tricky affair. The reality is that the future leadership of a peaceful, democratic, secular and stable Iran resides inside Iran itself. The Iranian versions of Nelson Mandela, Lech Wałęsa, or Martin Luther King, Jr. will be found in Iran itself, and not in places like London, Paris, New York, DC, or Los Angeles. That leader, whoever he or she may be, must by necessity have “skin in the game” and be directly involved in fighting oppression in the prisons of Tehran or on the streets of Iran.

This does not mean that there is no place for Iranian opposition groups situated outside of Iran. However, their main value is serving as amplifiers of authentic voices inside of Iran. Those that have a different agenda—be they advocacy groups, cultural organizations or civil society projects—are often a distraction from the events taking place within the country itself. And if they seek to claim the mantle of opposition leader, then they prevent policymakers in Washington from thoroughly examining viable options for Iran’s future.

That future largely depends on understanding a simple fact: the current regime in Iran has faced significant opposition from the Iranian people practically since its inception in 1979. The regime today is a far cry from that of Cyrus the Great (559–530 BC) and his first declaration of human rights, and as a result, is broadly rejected by the Iranian people. The common thread that now ties together all of the major factions of the opposition is a rejection of the current Islamic theocracy and a quest for a peaceful and secular democracy to take its place.

An important corollary here is the need for policymakers to be wary of the vast majority of Iranian activists that now populate the Washington Beltway. At best, they are purveyors of the status quo whose advocacy has had little discernible effect on the plight of the Iranian people. At worst, their careers, and their livelihoods, benefit from the perpetuation of the Iranian problem, placing their interests squarely in contradiction to the hopes of the Iranian people, and to U.S. national security objectives.

The Art of the Treaty

The 2015 Joint Comprehensive Plan of Action, with its sunset clauses, weak snapback provisions, and complete failure to address human-rights concerns, fell far short of altering the Iranian regime’s ideological trajectory or curbing its malign behavior. On the contrary, the JCPOA, and the extensive financial relief that came with it, prompted Iran’s leaders to increase their support for regional proxies like Hezbollah and Yemen’s Houthi rebels, who continue to target American forces and allies in the region today.

For these reasons and a host of others, the JCPOA could not have attained the necessary two-thirds super-majority Senate vote needed for it to become a formal treaty. This is the reason why the Obama administration ended up moving ahead with the deal as an executive agreement instead, and why it was comparatively simple for former President Donald Trump to withdraw from it once he made the decision to do so.

This experience should be instructive for the Biden administration, which now appears to be seriously considering some sort of new negotiated settlement with Tehran. In order for any agreement it concludes to be viewed as legitimate, that deal will need to address long-term U.S. national security concerns, reflect international human rights imperatives, be broadly accepted by the American electorate, and be approved by two-thirds of the Senate as a formal treaty. Moreover, this needs to be done via real consultation across the political aisle; if the current administration truly wishes to be bipartisan, as it has steadfastly claimed, then it needs to reach across party lines in order to create the basis for an inclusive approach. Anything less will only result in future instability, and a constant oscillation of policy between successive administrations.

The most important variable, however, remains the Iranian people themselves. Because Iranians are largely pro-Western and are subjugated by an anti-American regime, their interests and those of the United States align in important and, as yet, untapped ways.

This is a serious shortcoming. After two years of a “maximum pressure” policy that has helped weaken the Iranian regime both economically and politically, the United States now has the leverage to demand that any future relationship with Iran be one that ensures U.S. national security and safeguards the human rights of the Iranian people themselves. Anything short of that objective would be a failure for America, a tragedy for the Iranian people, and a danger to world peace.

Mora Namdar is a senior fellow in Middle East Studies at the American Foreign Policy Council in Washington, DC. She previously served as acting Assistant Secretary of State for Consular Affairs at the U.S. Department of State, as well as a Senior Advisor on the Secretary’s Iran Action Group. 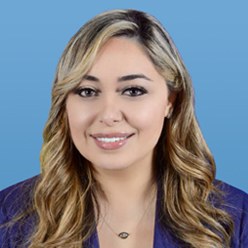