A NEW DAY FOR NUCLEAR POWER?
Modified molecules have been found to shorten the radioactive lifespan of spent nuclear fuel – a development that could spell a huge leap for nuclear energy maintenance, both industrially and militarily. Nuclear fuel, when put out of commission, is still highly radioactive, and creates huge amounts of heat. After cooling the rods for more than a year for the purpose of the removal of uranium and plutonium, the spent fuel must be placed somewhere safe in order for the radioactive fuel to slowly die out. However, the lifespan of such fuel can last for up to 9,000 years, due in part to elements known as minor actinides that produce the majority of the heat and radioactivity. However, modified molecules called triazines have been discovered to bind better with minor actinides, making them easy to extract at the molecular level and possibly shortening radioactive lifespans to 300 years.

The change has huge implications for nuclear energy use, as one of the main drawbacks of nuclear energy use has been the length of necessary maintenance spent fuel. Nuclear power is one of the cleanest forms of energy generation, as it produces close to no greenhouse gas emissions, and is therefore being increasingly examined as a potential energy source by those concerned with climate change. Moreover, newer closed cycle reactor designs have already helped to dramatically reduce the amount of spent fuel that is generated. (Science Daily, January 29, 2020)

GERMANY'S LONG ENERGY TRANSITION
Germany, one of the world's biggest industrialized economies and an ardent supporter of green energy, has announced plans to faze out coal in its energy portfolio. The change, however, won't be completed for 18 years and cost on the order of $44 billion, Germany's government has indicated. The news has caused an outcry among critics, who have objected to the slow pace of Berlin's timeline, which falls short of the European Union's aggressive climate goals. These critics have also said that Germany's example will inevitably lessen pressure on larger up-and-coming economies, like China and India, as well as on smaller, less-developed nations that have a much harder addiction to coal for their energy needs. (New York Times, January 16, 2020)

RISING SEA LEVELS PUT MORE OF THE WORLD'’S POPULATION AT RISK
Warmer waters mean that, come 2050, more cities are at risk of being under water if global temperatures continue to rise at current rates, new studies have suggested. Modeling done in recent months by Climate Central suggests that Shanghai, Bangkok, Mumbai, and Alexandria, among other cities, will be underwater by the middle of the century, drastically effecting the economies of those countries and losing cultural heritage sites for good. Waters around critical glaciers like the Thwaites, a glacier that acts as a buffer between the Antarctic ocean and the much larger West Antarctic Ice Sheet, are now warming at alarming rates. In turn, rising sea levels put greater pressure on sea levees and barriers, many of which are not designed to handle the increased water. If cities hope to prevent even greater damage, more investments will need to be made in defense mechanisms that could prevent – or at least slow – the creeping effects of sea level rise. (New York Times, October 29, 2019; New York Times, January 29, 2020)

A GROWING FOOD SECURITY CRISIS IN SOUTHERN AFRICA
The United Nations has raised the alarm over Southern Africa, where more than 45 million people are suffering from severe food shortages. For years, the region has experienced drought after drought, while the small amount of seasonal rain that has fallen has caused floods that ravage parched lands. These climate-caused emergencies, along with a loss of livestock, soaring food prices and joblessness, have left many in more rural areas of the country in a precarious position, with nearly no access to food or water. Thanks to remittances (money sent back to families from workers abroad), a lucky few in hard hit countries like Zimbabwe and Lesotho are able to make it by; millions, however, cannot – raising the potential for greater conflict over food in the years ahead. (London Guardian, January 16, 2020)

THE TWO SIDES OF GENE MANIPULATION
Scientists in San Diego have found a way to remove from the gene pool the gene in a Sub-Saharan African mosquito species that allows the hosting of malaria. The technology is called a gene drive, which adds the CRISPR gene to a recessive gene, almost always ensuring that the recessive gene becomes the dominant gene in the next generation. If a mosquito has a recessive gene that doesn't enable transmission of malaria, the technique could accelerate the change – making it possible in a short timeframe, rather than over generations. Scientists see this advancement as a way to eradicate diseases that are mostly transferred through animals, such as malaria, dengue, and West Nile virus.

However, with this ability come increased dangers. The technology could be used to change the genetic makeup of other creatures that may not have been able to carry a gene that allows for the transference of diseases, but now could. And, since there are no regulations on this technology, decisions will be left to the scientific community – and missteps could cause serious harm to entire species, and potentially to the health of humans as well. (New York Times, January 8, 2020) 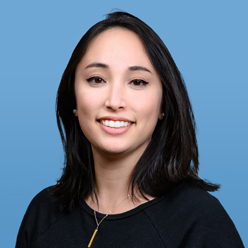