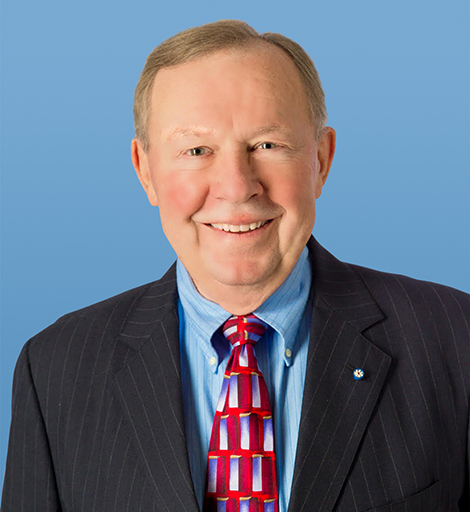 Kenneth E. deGraffenreid is Distinguished Fellow in Intelligence Studies at the American Foreign Policy Council. He has over 40 years of responsibility and leadership as a senior national level expert, practitioner, writer, and teacher in the areas of strategic defense and intelligence policy, and operations; counterintelligence and protective security; continuity of operations; and infrastructure, cyber, telecommunications and information protection.

He has served as Deputy Undersecretary of Defense for Policy, Deputy National Counterintelligence Executive and Special Assistant to the President for National Security Affairs as White House Senior Director of Intelligence and Security Programs on the Ronald Reagan National Security Council. A retired Navy Captain, he also served on the staff of the Senate Select Committee on Intelligence. He has been a Senior Group VP of an R&D and systems engineering firm and VP of a high level policy analysis firm supporting sensitive USG programs in counterintelligence, telecommunications and security. He is Professor Emeritus at IWP, a graduate school in Washington, D.C. where he developed and directed the first MA degree in Intelligence and security studies to be offered in the United States.

Mr. deGraffenreid completed his B.A. at Purdue University and his M.A. at The Catholic University of America in addition to numerous Military, DOD and Intelligence Community Professional Education Courses. He is the recipient of the Secretary of Defense Distinguished Civilian Service Award and the Defense Exceptional Meritorious Civilian Service Medal as well as various other military, national security and intelligence awards and honors.