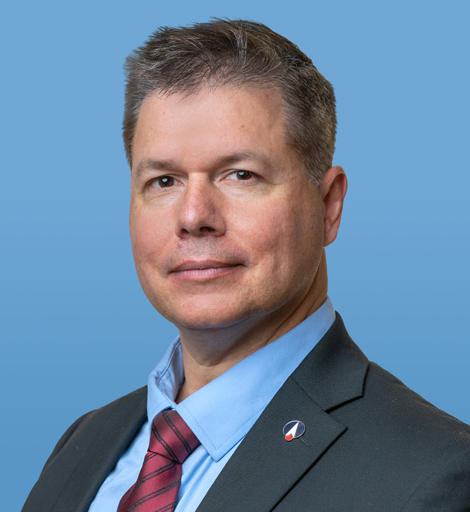 Peter Garretson is a Senior Fellow in Defense Studies at the American Foreign Policy Council and a strategy consultant who focuses on space and defense. He is the coauthor of Scramble for the Skies The Great Power Competition to Control the Resources of Outer Space and the host of AFPC's Space Strategy Podcast.

Prior to joining AFPC, Col. Garretson spent over a decade as a transformational strategist for the Department of the Air Force, where he served as a strategy and policy advisor for the Chief of Staff of the Air Force, as Division Chief of Irregular Warfare Strategy Plans and Policy, and as the Chief of the Future Technology Branch of Air Force Strategic Planning. As an instructor of Joint Warfare at Air University, he laid critical foundations for the future of American and allied spacepower, initiating the Schriever Scholars (America's premier program to develop space strategists), the Space Horizons Task Force (America's think tank for space), and developing the rationale for a U.S. Space Force.  He taught courses in war theory, joint planning, and national security implications of artificial intelligence.

Col. Garretson was the first serving U.S. officer to serve as a visiting fellow at India’s premier strategic think tank, the Institute for Defense Studies and Analysis (IDSA) as a Council on Foreign Relations (CFR) international affairs fellow where he authored a vision for U.S.-India Space Cooperation. He was the designer of several Joint and interagency, airpower, and spacepower wargames, including the Air Force Future Wargame Series (2005-2009) and the first-ever U.S.-UK-France Trilateral strategic wargame and first multi-agency asteroid deflection and disaster exercise.

A graduate of the U.S. Air Force Academy, Garretson received his Master’s Degree in Human Factors in Aviation Science from Embry-Riddle University, and is presently pursuing a Doctorate in Public Policy at Auburn University.

The Promise of Space-Based Solar Power

An ICAO for the Moon: It’s time for an International Civil Lunar Organization