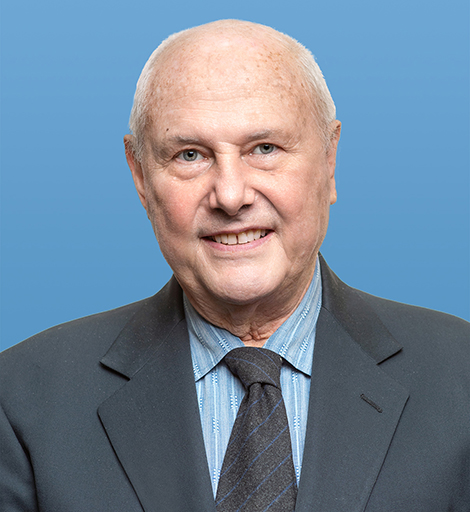 S. Frederick Starr joined the American Foreign Policy Council as Distinguished Fellow for Eurasia in January 2017. He serves as the founding chairman of the Central Asia -Caucasus Institute. Starr is also a Research Professor at Johns Hopkins University-SAIS in Washington and Head of Advisory Council at the Institute for Security and Development Policy in Stockholm.

Starr has focused on the challenge of reopening continental-wide transport passing through Central Asia and Afghanistan, which he sees as a key to success in Afghanistan itself. This issue was the subject of a series of articles between 2000 and 2008 and of a book, The New Silk Roads, published in 2007. For writings that have had a direct impact on policy see The Key to Success in Afghanistan [with A. Kuchins et al] and Afghanistan Beyond the Fog of Nation Building: Giving Economic Strategy a Chance.

Starr is a frequent commentator on the affairs of the region, and the author of numerous articles in journals including Foreign Affairs, The National Review, Far East Economic Review, and op-eds in various leading American and international newspapers. His most recent book, Lost Enlightenment: Central Asia's Golden Age from the Arab Conquest to Tamerlane, has been widely acclaimed. In this book on the history of the region between the 8th and 11th centuries, he argues that Central Asia was the center of the world.

Starr was the founding Chairman of the Kennan Institute in Washington, and served as Vice President of Tulane University and President of the Aspen Institute and of Oberlin College (1983-94). He was closely involved in planning the University of Central Asia and the Azerbaijan Diplomatic Academy and is a trustee of the Nazarbayev University in Kazakhstan. He earned his PhD in History at Princeton, MA at King’s College, Cambridge, and his BA at Yale, and holds five honorary degrees. Starr is also a founding member of the Louisiana Repertory Jazz Ensemble of New Orleans and founded the Greater New Orleans Foundation, the single largest non-governmental sponsor of post-Katrina recovery in that city. He has written four books on New Orleans, including New Orleans Unmasqued, Southern Comfort, and Inventing New Orleans: The Writings of Lafcadio Hearn.

Congressional Testimony:
July 18, 2018 I "The Emergence of Central Asia, 2018, and U.S. Strategy" I U.S. House Committee on Foreign Affairs.

Can Central Asia Seize the Initiative?

To Avert Disaster in Afghanistan, Look to Central Asia

Can Afghanistan Be Part of An Integrated Central Asia?