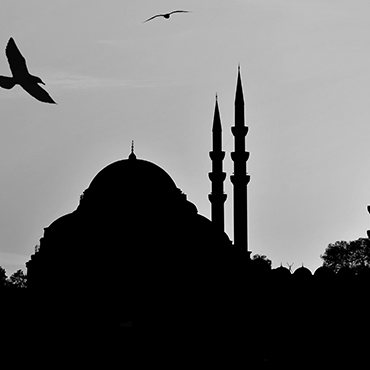 The Central Asia-Caucasus Institute (CACI) was founded in 1997 to respond to the increasing need for information, research and analysis on the vast territory of Central Eurasia stretching from Turkey to Western China, encompassing eight former Soviet republics as well as Afghanistan.

The Institute’s aim has been to help bring greater attention to these regions among officials and policymakers. In 2005, CACI established a Joint Transatlantic Research and Policy Center with the Stockholm-based Silk Road Studies Program, which was created in 2002 to advance similar objectives in Europe. CACI is led by its founding Chairman, S. Frederick Starr, and Director Svante E. Cornell. More details on the activities of CACI and the Joint Center are available at its dedicated website, www.silkroadstudies.org. The Institute formally affiliated with the American Foreign Policy Council in March 2017.

CACI’s chief initiatives are the following:

CENTRAL ASIA-CAUCASUS ANALYST
The bi-weekly Central Asia-Caucasus Analyst is a digital publication exploring political and security issues in the post-Soviet space. For 15 years, it has brought cutting edge analysis of the region to a practitioner audience.

TURKEY ANALYST
Similar to the Central Asia-Caucasus Analyst, the Turkey Analyst is a bi-weekly digital publication designed to bring authoritative analysis and news on rapidly developing domestic and foreign policy issues in Turkey. It includes topical analysis, as well as a summary of the Turkish media debate, compiled by leading analysts and observers.

SILK ROAD PAPERS
Ranging in length from 40 to over a hundred pages, the Silk Road Papers Series provide an outlet for timely publication of in-depth studies covering important issues in the Central Asia and Caucasus region.

BOOKS AND MONOGRAPHS
Published both independently and in collaboration with established publishing houses, books and monographs provide outlets for CACI’s fundamental research. Recent titles include Starr’s acclaimed Lost Enlightenment: Central Asia’s Golden Age from the Arab Conquest to Tamerlane and Cornell’s The International Politics of the Armenia-Azerbaijan Conflict.

RUMSFELD FELLOWSHIP PROGRAM
The Rumsfeld Fellowship Program, organized in cooperation with the Rumsfeld Foundation, aims at rising regional leaders in government, commerce, and academia from Central Asia, the Caucasus and Afghanistan. The goal of this program is to foster better understanding and build stronger relations between the United States and countries of the region. Since its inaugural session in fall of 2008, the program has brought dozens of young leaders to the United States to conduct independent research and to meet policymakers, business leaders, journalists, and academics. 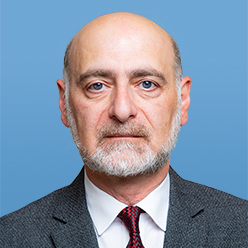 Senior Fellow for Eurasia and Director of the Central Asia-Caucasus Institute at the AFPC Svante E. Cornell discusses reforms in Kazakhstan

How Prosperity Through Connectivity Battles Russia in the Borderlands

To Avert Disaster in Afghanistan, Look to Central Asia