Why Is Germany Selling Out to China?

More than a year ago, I wondered how Germany’s incoming chancellor, Olaf Scholz, would steer his country’s China policy. We can now answer this question conclusively — and the answer isn’t pretty.

On October 26, the German cabinet — led by Chancellor Scholz — allowed COSCO, China’s state-backed shipping company, to purchase a 24.9 percent stake in a container terminal at the port in Hamburg, where Scholz used to be mayor.

The decision flies in the face of what Germany’s national-security leaders believe is best for the country. On October 17, nine days before the announcement, several intelligence leaders gave an annual brief to parliament. Bruno Kahl, the head of Germany’s foreign-intelligence agency, commented that he viewed the deal “very critically.” Decrying years of “naïveté” from Berlin on the China threat, Kahl told legislators that Germans “must be prepared for the fact that . . . economic levers could be used to enforce Chinese ideas.” Thomas Haldenwang, president of the Federal Office for the Protection of the Constitution (a domestic-intelligence agency), reinforced the idea, saying “We must not allow a situation in which the Chinese state can influence political events in Germany.” Presumably, this could mean dictating Germany’s actions during a crisis over Taiwan.

There is also concern that the Chinese could use the site for Chinese military or intelligence activities. That wouldn’t be a new development. As Military Counterintelligence (MAD) president Martina Rosenberg relayed to parliament, China has been running “sophisticated spying operations” in Germany for years. The German foreign ministry, indignant at the decision, wrote a confidential note slamming the decision, writing that it “disproportionately expands China’s strategic influence on German and European transport infrastructure as well as Germany’s dependence on China.” Some European legal experts worry that the ownership stake was set at 24.9 percent to circumvent European Union laws concerning money laundering, non-EU ownership of critical infrastructure, and sanctions regulations — tests that kick in at a 25 percent threshold, and ones that COSCO would be unlikely to pass, to the shame of the German government.

These warnings notwithstanding, Scholz is continuing the trend of German leaders’ putting economic interests ahead of national-security ones. This approach is increasingly out of step with the German public. According to a Körber-Stiftung Foundation poll published in October, a full 66 percent of Germans are in favor of becoming independent of China, even it means economic losses, and another 59 percent see China’s growing influence as a negative (and only 7 percent regard it as a positive). Another poll shows 84 percent of Germans want to reduce economic ties with China. Addressing the port deal, a commentator in Bild, one of Germany’s most popular periodicals, wrote, “The authoritarian regime in Beijing does not want to cooperate with us, but to dictate its interests to us.” Another writer in a Hamburg daily lamented, “The German economy and the port of Hamburg are already too dependent on China.”

Resistance to the deal marks a major shift among the citizens of Europe’s largest economy. Having grappled with the effects of the pandemic, the reality of Chinese Communist abuses over Xinjiang and Hong Kong, and the threat of an invasion of Taiwan, the German people are finding the nature of the regime to be more evident than ever. But more than anything, the Ukraine war — an indictment of Germany’s dependence on Russian gas — has awakened Germans to the dangers of economic dependence on an autocratic regime.

France, Germany’s strong ally, isn’t pleased, either. In the run-up to the COSCO decision, Macron threw a jab in Scholz’s direction: “We have made strategic errors in the past with the sale of infrastructures to China.” He could have been referring to Germany’s decision to let a Chinese state-owned company buy a stake in KUKA, Germany’s largest robotics firm, in 2016.  In the days after the COSCO authorization, a meeting between Scholz and French president Emmanuel Macron, once planned for an idyllic location south of Paris, shifted to become a more businesslike working lunch in the capital.

Sadly, all of this has had little effect on Scholz, and there’s little to suggest the Hamburg decision is a one-off. Scholz’s government is reportedly also poised to approve the sale of a chip-production facility to a Chinese-owned company in Sweden, another deal that Germany’s domestic-intelligence service was against. Clearly the German business community remains a massively powerful force in dictating the country’s relationship with China. In October, Volkswagen announced a $2.3 billion joint venture with China’s Horizon Robotics centered on autonomous vehicles. On November 4, Scholz became the first G7 leader to visit China since the onset of the Covid-19 pandemic — a visit that will no doubt perpetuate German vulnerabilities. He took along with him about a dozen German industry leaders, including the CEO of chemical giant BASF, who recently cautioned against “China-bashing.”

In advance of Scholz’s ring-kissing voyage, Chinese Communist Party mouthpiece the Global Times has praised him for his “pragmatism.” No one pretends that disentangling the German economy from China will be easy (about half of Germany’s manufacturing companies rely on China, although one in two are already planning to reduce imports in the future). But as Germany’s Russian-energy crisis shows, maintaining a long-term dependence on a country adversarial to the West is anything but pragmatic. 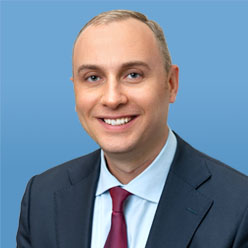