In December 2001, a new Russian law laying the basis for the peaceful territorial expansion of the Russian Federation went into effect. The entire country of Belarus-as well as parts of Georgia, Kazakhstan, and Ukraine-are the most likely candidates to join Russia. Should this largely ethnically-based expansion occur, Russia would grow by more than 20 million people, and the resultant rise in Russian nationalism might encourage further Russian territorial ambitions-especially those directed at Ukraine. Even if Russian expansion stops with all, or part, of these territories, however, it could breathe new life into the ethnically based border problems of other countries. A timely and prescient work, made all the more relevant by Russia's invasion of Georgia in August 2008. 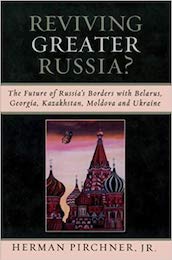