3D PRINTING: A KEY SPACE-ENABLING TECHNOLOGY
To date, a major deterrent to operations and exploration in space have been the extremely high associated launch costs. Over the last few years, however, those costs have dropped precipitously with the advent of reusable rockets. And now that space is increasingly accessible, advances in 3D printing technology are poised to significantly propel further advancement in space. The firm Relativity Space, for example, is able to 3D print an entire rocket in just 60 days. Moreover, printing custom parts without relying on factories to switch over complicated fabrication lines makes it easy to rapidly make changes and innovations on new rockets. Reduced launch costs translate to more space missions.

That, however, is just the beginning. Expanding away from the limits imposed by Earth gravity, on orbit manufacturing (OOM) utilizing 3D printing enables a further cost reduction by only requiring raw materials to be sent into space, later utilizing on-board designs for unanticipated problems in the vessel. In the future, the zero-gravity environment will enable 3D printing of human organs for transplant patients on Earth, and advanced manufacturing will provide astronauts with support when stationed on the Moon or Mars. (Forbes, December 1, 2021)

CHINESE AI IS DESIGNING WEAPONS
The applications of artificial intelligence continue to unfold in the defense sector. Now researchers at the Wuhan Naval University of Engineering claim that AI has created the most powerful coil gun yet — similar to a small pistol but using an electromagnetic field to propel a projectile. The coil gun lethality can be adjusted to guarantee nonfatal levels, making it a potential tool in counterterrorism or crowd control. In comparison to the U.S. commercial market electromagnetic rifle, the Wuhan team stated that performance increased multifold once AI was able to enhance the initially simple design (bullets traveled with close to 75% more energy after AI inputs). AI was able to optimize a multitude of components that standard weapon design software is not capable of handling. While the U.S. railgun program was suspended in favor of hypersonic weapons research, China continues to develop, test, and improve the efficiency of electromagnetic weapons. (South China Morning Post, December 5, 2021)

SPACE SOLAR POWER SEES SUNLIGHT
The Space Solar Power Incremental Demonstrations and Research Project (SSPIDR) achieved the first major milestone in its flagship mission, "Arachne." In it, a lightweight tile, dubbed a "sandwich tile," was put through a ground-based test that proved it was capable of collecting solar radiation and changing it into radio frequency (RF) waves. In the future, the tile will be part of a satellite gathering energy in orbit and converting to RF waves that will then be transmitted to Earth to provide energy. Nine of these tiles will later be combined to form a panel as the main payload for the Arachne satellite. According to Airforce Research Laboratory scientists, "the first layer is a panel of highly efficient photovoltaic (PV) cells which collect solar energy and provide power to the second layer. The second layer is populated with components that enable solar to RF conversion and beamforming." The 2024 launch was recently pushed back to 2025, however, and the Laboratory notes that the difficulty lies in acquiring boosters for a rocket to reach Low Earth Orbit. (Breaking Defense, December 22, 2021)

CHINA SPEEDS HYPERSONIC WEAPON PRODUCTION...
With the hypersonic weapons race between the U.S., Russia, and China continuing to heat up, researchers in China are developing a way to speed up weapons manufacturing. In the Journal of Propulsion Technology, Chinese engineers described the process to more efficiently shape titanium alloys in hypersonic weapon engine parts. "[W]hen heated, the gas expands and compresses the mold, squeezing the titanium particles together and forcing them to crystallize and merge into one another," they write. The researchers further elaborated on the time saving implications of this concept, which allow engine parts "to go straight from the furnace to the engine assembly line without further processing." However, despite the potential advancement, the Chinese military remains suspicious of the technology due to concerns over unexpected air bubbles remaining in the product. (The Defense Post, December 29, 2021)

...WHILE ALSO IMPROVING EFFECTIVENESS
In another hypersonic weapon design breakthrough, infrared homing technology is under development by Chinese hypersonic weapon engineers — a concept that likely will be unavailable to the U.S. until 2025. This capability enables a hypersonic missile to lock onto targets such as stealth aircraft or even moving vehicles on land. Normally, a missile's infrared window overheats, resulting in background noise that makes heat seeking impossible. However, a team led by Chinese scientist Yi Shihe fixed the issue by designing an air-blowing device to cool the infrared window. The hypersonic capability particularly threatens U.S. interests; the Air Force has reported that 90% of aircraft downed since 1980 were brought down by heat-sensing devices. (South China Morning Post, December 31, 2021) 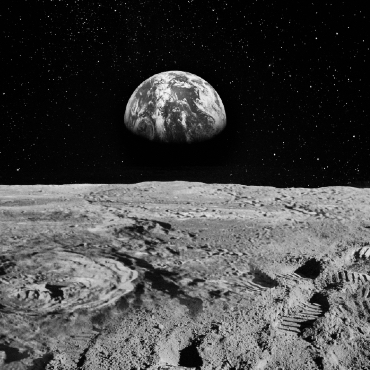