ECHOES OF CHERNOBYL IN MYSTERIOUS NUCLEAR ACCIDENT
A mysterious explosion at a Russian military test site has sparked new fears about nuclear safety in an age of cutting-edge weapons technology and Russian government secrecy. Early reporting of the accident, which occurred on August 8th, suggested that a liquid-propelled rocket engine had blown up at a missile test site, killing two scientists, injuring six others and forcing a month-long shut down of nearby shipping routes. The Russian Defense Ministry initially maintained that no harmful substances had been released in the explosion. However, local authorities announced that radiation meters had in fact recorded a "brief spike" in radiation levels in nearby Severodvinsk. Although the contradictory statement quickly disappeared from government websites, international leaders and organizations began pushing the Russian government for more data on the radiation spike and its true cause.

It took several days for Russia's nuclear energy corporation, ROSATOM, to confirm that the explosion involved a nuclear power source. By this point, the death toll had risen to seven, public confusion and fear were mounting, and media sources were calling it "possibly one of the worst nuclear accidents in the region since Chernobyl." Yet the Russian government remained tight-lipped, refusing to provide additional information about the nature of the incident. In the absence of a full official account, the U.S. intelligence community believed that the missile involved in the accident was a prototype of the 9M730 Burevestnik, Russia's new nuclear-powered cruise missile. Referred to by NATO as "Skyfall," the Burevestnik is one of several "superweapons" that President Vladimir Putin has touted as invincible against current U.S. missile defenses – despite a generally unsuccessful testing record that culminated in the Nyonoksa disaster. Satellite imagery further confirmed this hypothesis, showing a nuclear fuel and waste carrier ship anchored just offshore from Nyonoksa that has also been observed at previous tests of the Burevestnik. (The Moscow Times, August 8, 2019; New York Times, August 12, 2019)

UK TO CUT OFF SUB EXPORTS
Russia's secret nuclear subs are back in the spotlight as the United Kingdom announced a new ban on the export of submarines to Russia. In justifying its decision, the British government's trade agency, known as the International Trade Department, cited concerns that Russia has made substantial advances in submarine technology that amplify national security risk to the UK. The main concern is the ability of Russian subs to access and potentially sabotage undersea communication cables; both the U.S. and British navies have warned that Russia could affect upward of $10 trillion in daily transactions should it sever these deep sea cables. (The Moscow Times, August 16, 2019)

NEW EVIDENCE CONFIRMS RUSSIA'S HAND IN UKRAINE CONFLICT
A newly released collection of footage from the conflict in eastern Ukraine is the latest to definitively document Russia's support for separatist fighters there and directly refute the Kremlin's denials of involvement. Researchers used machine learning techniques to examine 2,500 hours of video footage of a major 2014 battle, compiling a comprehensive catalogue of photographic evidence establishing the involvement of Russian armed forces (one key indicator was footage of a tank model known to have been used only by the Russian military).

London-based Forensic Architecture compiled the evidence on a commission from the European Human Rights Advocacy Center (EHRAC), an organization that is helping advance the legal claims brought by Ukrainian volunteer fighters against Moscow in their case at the European Court of Human Rights. Regarding the case, an EHRAC official noted that "e]vidence of Russian military involvement needed to be as strong as possible... if you just look at online videos you don’t quite know if things have been manipulated, so in complex cases like this it's incredibly useful." (London Guardian, August 18, 2019)

TRUMP BACKS MOSCOW'S G7 RETURN
Just prior to August's annual G7 summit, President Trump gave a public show of support for readmitting Russia to the bloc of economic giants. Russia was originally expelled from the bloc after its illegal 2014 annexation of Crimea and invasion of Ukraine. Nonetheless, Trump told reporters that "it's much more appropriate to have Russia in... it should be the G8 because a lot of the things we talk about have to do with Russia." In response to Trump's comments, Russian Foreign Ministry spokeswoman Maria Zakharova called for further discussion at the "expert level" on the concept. The other G7 members did not back Trump's suggestion, although French President Emmanuel Macron made public comments calling for improved dialogue with Russia to end the war in Ukraine. (National Public Radio, August 21, 2019) 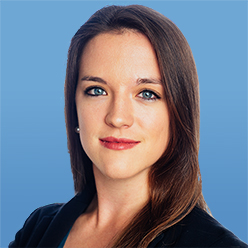