DELHI RECONSIDERS THE UKRAINE WAR
After months of neutrality, India sharpened its rhetoric regarding the war in Ukraine calling for peace as the conflict raises concern over the potential use of nuclear weapons. While not condemning Russia outright, India's response signals a strategic shift - even as the country continues to rely heavily on Russia for both weaponry and oil. The latter relationship has expanded in recent months, as India has sought to boost its energy purchases from Moscow and take advantage of heavily discounted Russian oil. Nevertheless, the sharper rhetoric out of Delhi could signal a downturn in the Indo-Russian relationship. It comes amid signals that the country is making an effort to "diversify military imports and promote domestic production," so as to lessen reliance on the Kremlin. (Reuters, September 28, 2022; BBC, September 30, 2022)

PAKISTANI FLOODS, INTERNATIONAL RAMIFICATIONS
The death toll in Pakistan has exceeded 1,500 people as extreme monsoons have caused the most widespread rain and flooding destruction seen in the country in 60 years. Melting glaciers, heavy rains, and flash flooding washed away 2 million acres of farm land, as well as hundreds of bridges, railways, and roads. More than 33 million Pakistanis are suffering the effects of this climate disaster, and thousands are stranded awaiting evacuation. Pakistan also houses about 1.3 million Afghan refugees, most of whom are housed in badly affected districts such as Balochistan, Khyber Pakhtunkhwa, and Sindh.

The floods have exacerbated an already dire domestic economic situation. Islamabad is in fiscal crisis, and is relying on the IMF to approve and release $1.7 billion in bailout money. With the added cost of what has become a massive humanitarian crisis, recovery won't be possible without significant infusions of international aid. Given that Pakistan is not a major contributor to climate change, but rather vulnerable to its effects, Islamabad is banking on the help of "Western countries to pay for [this] climate change induced humanitarian disaster." (NPR, August 29, 2022; UNHCR, September 21, 2022; UN.org, September 22, 2022)

INDIA, CHINA CHOOSE TO DEESCALATE
Last month, China and India announced steps to disengage at a key border crossing in the contested region of Ladakh. The decision represents a big step toward deconfliction, after Sino-Indian tensions peaked in 2020 following a deadly clash which killed 24 soldiers. Ever since the Sino-Indian war of 1962, the two nuclear-armed giants have disagreed over the shared un-demarcated 2,360 mile area where both nations have troops stationed at the de facto border, known as the Line of Actual Control (LAC). While de-escalation is undoubtedly a positive move, it is also just short-term solution; normalizing tense territorial relations will require a long-term border agreement between India and China. (Reuters, September 9, 2022; South China Morning Post, September 22, 2022)

A HELPING HAND FOR THE TALIBAN
Ever since returning to power in Afghanistan following the abrupt U.S. withdrawal of troops in August of 2021, the Taliban has been something of an international pariah, with few diplomatic engagements and little contact with the outside world. But now, the radical Islamist group is receiving much needed political and economic assistance - from another rogue. Last month, Russia's government signed a draft deal with the Taliban to supply petrol, diesel, gas and wheat to Afghanistan at discounted prices. The agreement represents a win for the Taliban, which has few trading partners and is presiding over a deepening domestic humanitarian crisis. However, it is also a reflection of Russia's increasingly dire plight. With the Kremlin's Ukraine war garnering near-universal condemnation, Russia's government is now being forced to make trade deals with other marginal actors. And while no country has yet formally recognized the Taliban, the Russian trade deal marks the first major agreement of its kind made with the new Taliban government in Kabul. (Associated Press, September 14, 2022; ABC News, September 28, 2022)

NEW BANGLADESH-MYANMAR FRICTIONS
Just two months ago, Bangladesh sought out China's help to repatriate hundreds of Rohingya refugees who had fled persecution in Myanmar. Now, however, these repatriation efforts look bleak after weeks of cross-border hostilities and artillery shelling from Myanmar's military have exacerbated tensions between the two countries. Explosions along the border have resulted in the deaths of both Rohingya and Bangladeshi nationals, driving Rohingya to flee across the border for safety. Bangladeshi officials, however, are taking pains to try and tamp down the potential conflict; Bangladeshi foreign minister AK Abdul Momen has emphasized that his country has "no intention of going to war with its neighbour and hoped the situation could be resolved diplomatically." (Al-Jazeera, September 23, 2022) 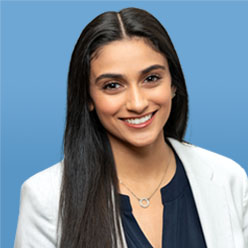