Founded in 1982, the American Foreign Policy Council’s Russia Program was one of the first private initiatives in Washington to establish ongoing connections between American officials and the upper echelons of the political leadership in the Soviet Union and, subsequently, the Russian Federation and Ukraine.

AFPC’s work helps policymakers in Washington understand the political dynamics taking place in Russia and the “post-Soviet space,” and assists them in crafting appropriate responses.

UKRAINE
For more than a decade, AFPC has co-sponsored conferences focusing on Ukraine’s political and economic evolution. Senior government officials of both Ukraine and the United States regularly participate in this conference series. In the wake of Russian aggression in Ukraine, AFPC has increased its traditional Ukraine-oriented activity to include briefings for Members of Congress and specialists in the executive branch of government, Congressional testimony, and speeches before public and private audiences.

DELEGATIONS TO AND FROM RUSSIA AND UKRAINE
For more than 20 years, AFPC has sent delegations of senior officials and statesmen to Russia and Ukraine, and welcomed reciprocal delegations to Washington. American participants have included former Cabinet and sub-cabinet officials of both Republican and Democratic administrations. However, in light of Russian actions in Ukraine and aggressive conduct in other parts of Europe, we have suspended trips to and from Russia. At the same time, we have expanded the number of our trips to Ukraine and the number of Ukrainian officials we meet in Washington. These  discussions cover all aspects of our bilateral relationship and the resulting information helps AFPC present policy options to those who can make or influence U.S. policy.

RUSSIA REFORM MONITOR
Since 1992, this weekly publication, the Russia Reform Monitor (archived on the AFPC website) has provided brief summaries of important current events in Russia. All items are referenced and linked to the original source material. 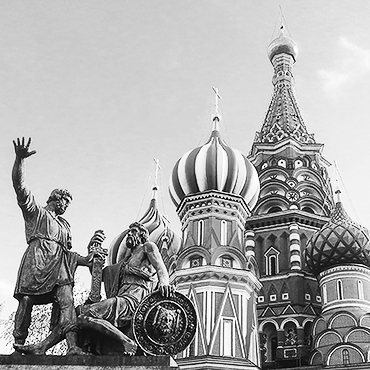 A Paradigm Shift For The Russian-Iranian Alliance