Do you have a strong interest in foreign policy and national security? Our unpaid internship positions are available year round with flexible hours (minimum of 20 hours per week). Additionally, AFPC is now offering fully-funded internships for qualified applicants who require financial support (must be eligible for U.S. Federal Pell Grants).

The internship program at the American Foreign Policy Council provides aspiring young foreign policy leaders with the opportunity to thrive and begin contributing to national security in a meaningful way. Internships are awarded three times a year (typically January to April, May to August, and September to December). Our internship is rigorously research-based and awards positions only to those who are capable of serious work. The majority of our interns delve into large research projects and assist with the publication of articles and/or the organizing of events with foreign dignitaries. Interns are also provided an opportunity to work closely with foreign policy professionals, thanks to the relatively small size of our organization and the selectivity of our intern program. Many past interns have also been published in prestigious media outlets, including U.S. News and World Report, CNN.com, and the Wall Street Journal Europe, among others. 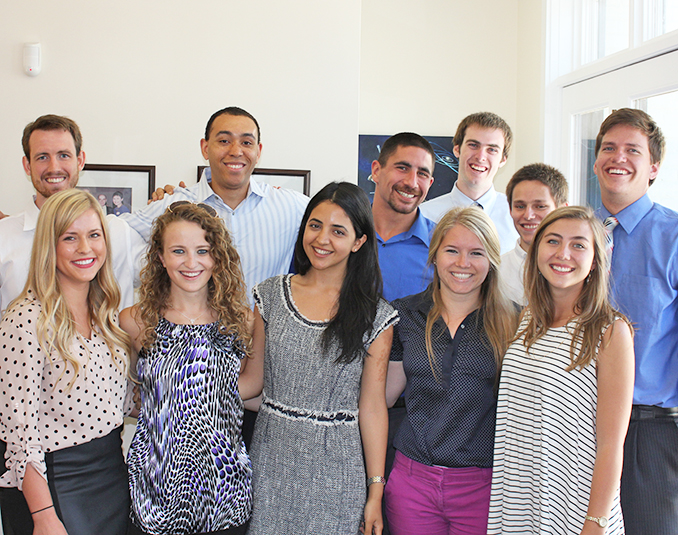 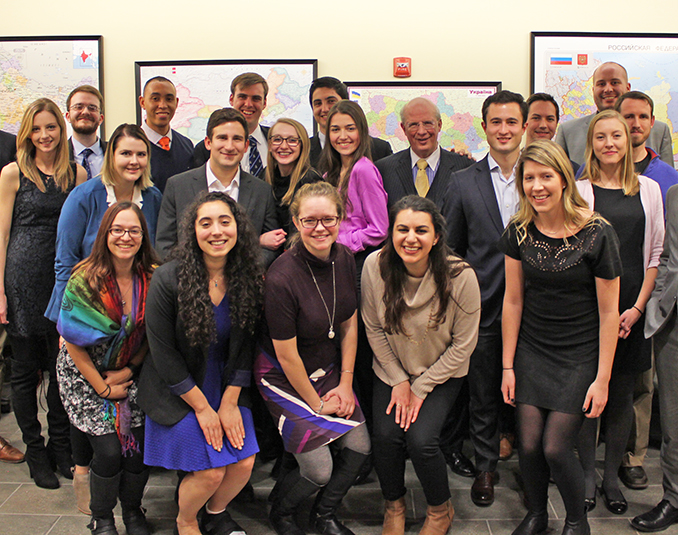 Interns assemble in the AFPC situation room for an intern reunion picture. 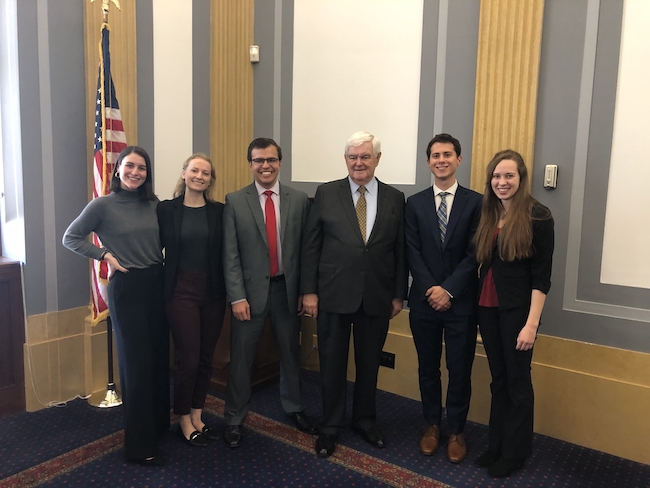 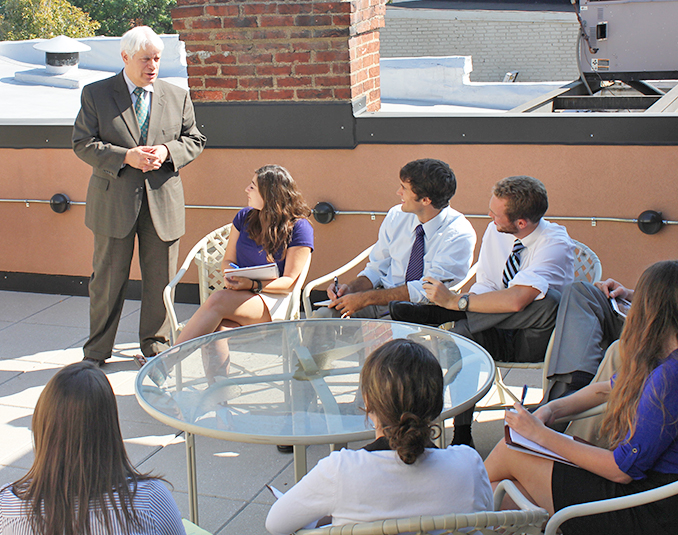 Interns receive a briefing from Dr. Stephen Blank on the AFPC roof deck. 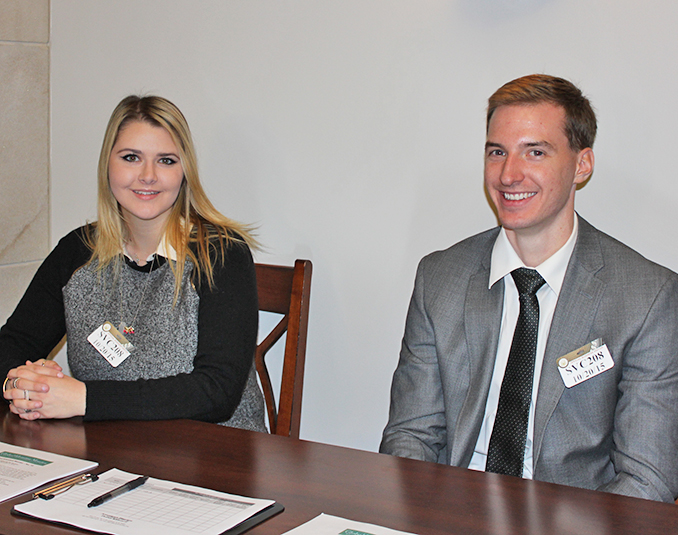 Interns manage the registration table at an AFPC event in the U.S. Capitol Building. 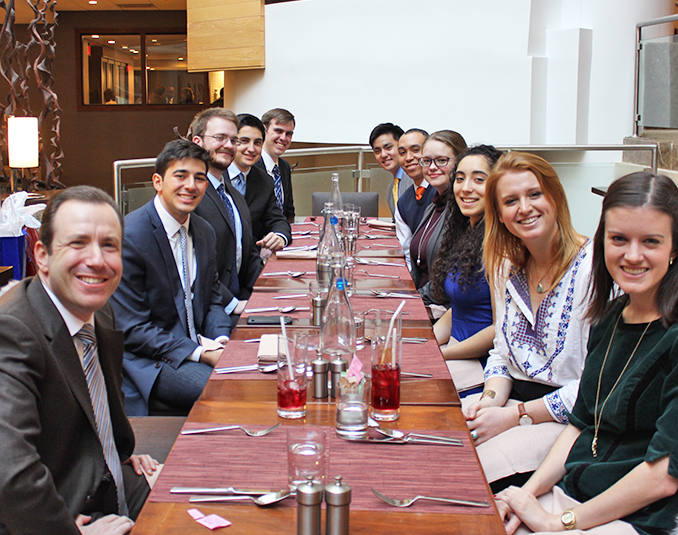 AFPC staff extends their thanks to interns at the end of semester goodbye lunch. 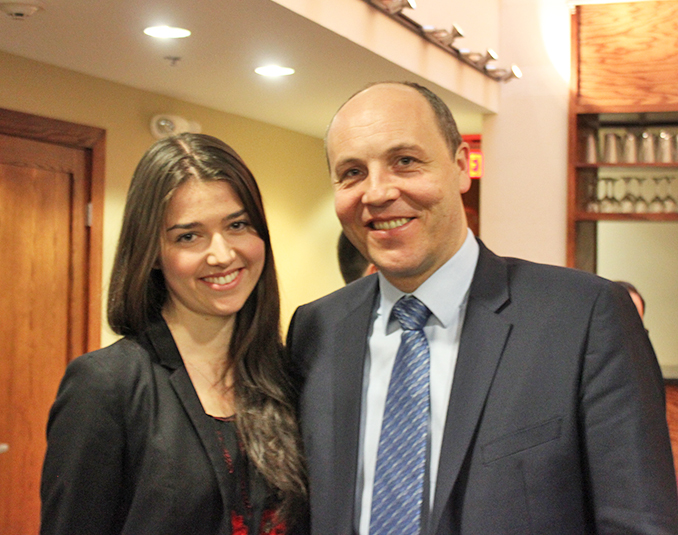 Speaker of the Ukrainian Parliament Andriy Parubiy poses with an AFPC intern. 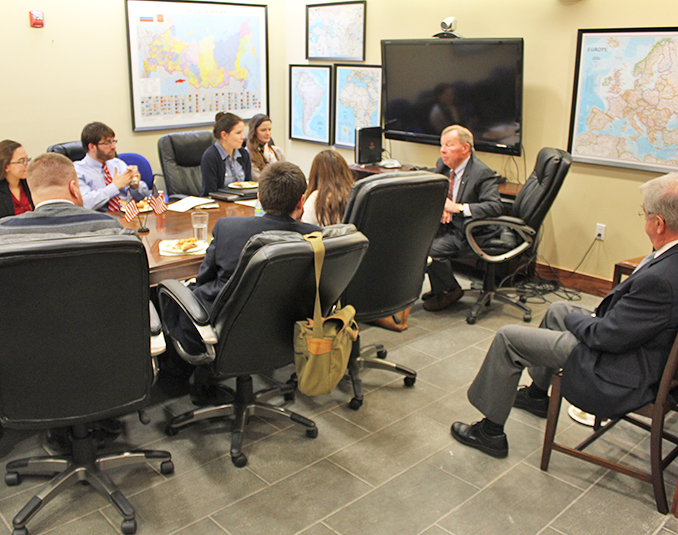 Interns receive a briefing on intelligence/counterintelligence in the AFPC situation room.

AFPC has great interest in preparing our interns for future success. Policymakers and statesmen, who have held senior positions in government, are brought in as part of a weekly lecture series to meet with interns and discuss the numerous career paths in foreign policy and the ways to best pursue them. Additionally, AFPC maintains good relations with all of its former interns and has established an extensive network of AFPC alumni. To provide networking opportunities, AFPC hosts annual reunions that allow former interns back into the office to share their experiences with the current interns, and provide them with insights and potential access to future positions in the government and graduate programs. As a result, the majority of former AFPC interns have obtained positions or pursued graduate degrees at leading public policy institutions and government agencies, including the Central Intelligence Agency, Department of Defense, Department of Justice, Department of State, Federal Bureau of Investigation, Georgetown University, Harvard University, and U.S. Congressional staff offices.

AFPC was formally awarded a grant from the Ascendium Education Group to underwrite qualifying interns’ housing expenses, meals, local transportation costs, and a flight to/from DC. The grant applies specifically to undergraduate students who require financial support (must prove federal U.S. Pell grant eligibility) to travel to and live in DC as well as earn college credit for their internships. Candidates should expect to share a room with at least one other student.

Ascendium Education Group is a 501(c)(3) nonprofit organization committed to helping people reach the education and career goals that matter to them with investments in initiatives designed to increase the number of students from low-income backgrounds who complete postsecondary degrees, certificates and workforce training programs.

AFPC internships are part-time with the opportunity for flexible hours. Interns are expected to work a minimum of 20 hours per week between 8:30 AM and 6 PM at the AFPC headquarters. Candidates should have a strong interest in foreign policy and national security. Knowledge of Russian, Mandarin, Arabic or Farsi is helpful.

We are actively seeking candidates with experience using Adobe InDesign

Responsibilities vary depending on program schedule, but may include:

In addition to providing interns with a substantive research experience, AFPC encourages and provides opportunities for interns to author or co-author opinion editorials. Listed below are examples of AFPC intern's publications:

Please follow the application guidelines and deadlines below. We do not accept LinkedIn applications and incomplete applications will not be considered. If you meet the eligibility requirements and are applying for a fully-funded internship, please state that you are applying for a fully-funded position in your cover letter. If you have not been contacted 60 days after the respective application deadline, you were unfortunately not selected for an interview. Interested candidates are requested to submit the following by email to the AFPC Internship Program Coordinator Sydney Duckor at internships@afpc.org:

Additionally, please specify your top three interests from the following choices in your cover letter:

All qualified applicants will receive consideration for employment without regard to race, color, religion, sex, sexual orientation, gender identity or national origin.

Interns will work closely with our Director for External Communications and relevant program directors on digital, promotional, and event media. Interns must commit to a minimum of 15 hours per week, but days and times are flexible. Remote work is an option.

Applicants are evaluated on a rolling basis, and are now being accepted for the Spring 2023 semester. To apply, please email a cover letter and resume to internships@afpc.org.