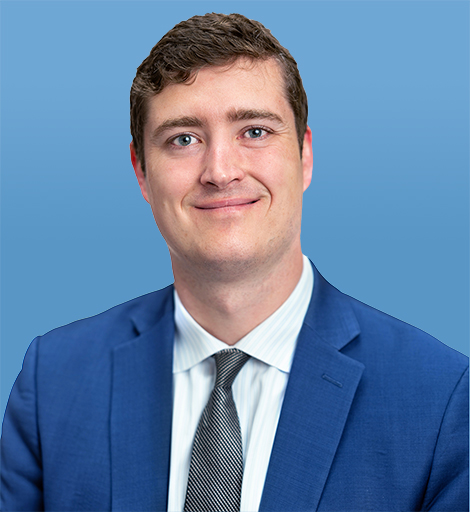 Alexander Gray joined AFPC as a Senior Fellow in National Security Affairs in February 2021. His work focuses on U.S. security and defense strategy in the Indo-Pacific; U.S.-China competition globally, particularly in the Pacific Islands and the Polar Regions; U.S. defense strategy and modernization for an era of Great Power competition; and the intersection of U.S. national and economic security.

Mr. Gray most recently served as Deputy Assistant to the President and Chief of Staff of the National Security Council (NSC) at the White House, where he was responsible for the management of the National Security Advisor’s Front Office and the budget, security, and personnel functions of the NSC. Previously, Mr. Gray served as Special Assistant to the President for the Defense Industrial Base at the White House National Economic Council (NEC). He was the principal Executive Office of the President official focused on the health and resiliency of the defense and manufacturing industrial base and U.S. maritime industry. Mr. Gray played a key role in Executive Order 13806, the first-ever whole-of-government assessment of the U.S. defense industrial base.

Additionally, Mr. Gray was the Director for Oceania & Indo-Pacific Security at the NSC, the first NSC Director ever focused primarily on Australia, New Zealand, and the Pacific Islands. Mr. Gray represented the U.S. at the 2019 Presidential Inauguration in the Federated States of Micronesia; the 2019 Pacific Islands Forum in Tuvalu; and at numerous U.S.-Australia-New Zealand strategic dialogues and intelligence exchanges.

Earlier in his career, Mr. Gray was a Member of the 2016 Presidential Transition Team at the U.S. Department of State and served as Senior Advisor to former U.S. Rep. J. Randy Forbes, a senior Member of the House Armed Services Committee. Mr. Gray is currently a Member of the Board of Visitors of the U.S. Coast Guard Academy for a three-year term. He is a recipient of the Secretary of Defense Medal for Outstanding Public Service and the National Security Council’s Outstanding Service Award.

Mr. Gray’s writings have appeared in Foreign Policy, The National Interest, National Review Online, The Weekly Standard, Naval War College Review, Strategic Studies Quarterly, and the Proceedings of the U.S. Naval Institute. He is a graduate of the Elliott School of International Affairs at George Washington University.

The Pacific Shouldn’t Be a ‘Strategic Surprise’